The award winners are: 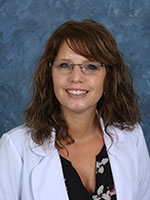 Michelle Sparks, RN Excellence in Nursing Professional Mentoring Award. Ms. Sparks has been employed with Medical Center of Trinity for four years. She has taken on the role of mentor and preceptor for her unit, 5 West Oncology. Since she has taken on this role, patient satisfaction scores have increased by 11%.. Michelle nomination stated that she holds herself to a high standard and it is evident to all those who know her that she achieves not only the goals of the facility, but her own personal goals as well. Nominations reflected the fact that Michelle Sparks, RN, “is the epitome of the image of a professional, caring nurse.” 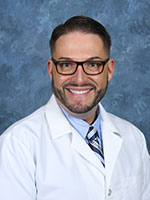 Gregory Kennedy, RN Excellence in Nursing Compassionate Care Award. Gregory Kennedy, RN, is the Nursing Manager for 2 West at Medical Center of Trinity. He also has been employed with Medical Center of Trinity for four years and was recently honored with the promotion to Nursing Manager. Mr. Kennedy’s nomination stressed that he truly exemplifies the nurturing and caring spirit of the nursing profession. Greg’s attention to detail, ability to empathize and genuine concern for those in his care are something that is inherent in him. He is recognized for his natural ability and a warm heart, which is clearly felt by those he serves and his colleagues as well. The hospital has received many letters about the care received from Greg. His nomination stated, “He truly makes all those around him feel special, which is an indication of what a special man he is.” Greg’s nomination also reflect the fact that he includes the family in the patient experience and respects personal boundaries and/or emotions that family members might experience. He has also demonstrated a commitment to building a strong team on the 2 West floor, which is evidenced through the planning of group activities, his being available for individual staff members, and steering the focus to patient care.